Not long ago we purchased a 41-year-old LeBLond Regal engine lathe in a package of equipment for resale.

When machinery arrives at our showroom at Machinesused.com, we take inventory of it, and run it to make sure it is operating properly.  We then give equipment a cleaning and take photos and videos of the machine in operation.  This lathe looked to be in very nice condition. 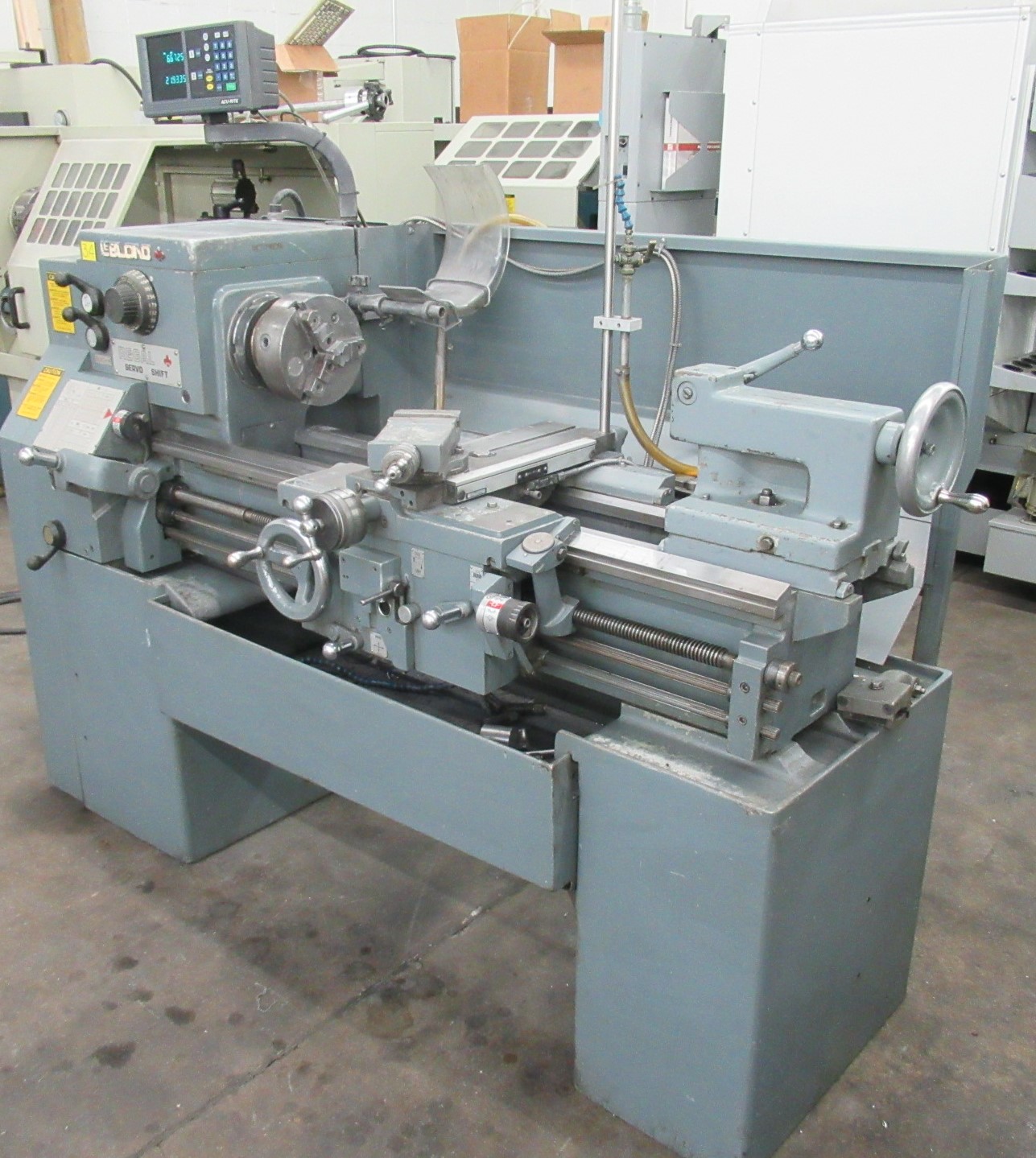 As our team put the LeBlond Regal lathe through its paces, we found that the high-speed ranges for the spindle were not operating at all. That is not good, as the spindle needs to run through all of it's speed ranges. So we started to troubleshoot.

This LeBlond Regal has a Servo-Shift Mechanism. The machine electronically shifts to change spindle speeds to match what is selected on the speed control dial. We looked into the electronic control box, everything appeared to be switching correctly in the control box when the high-speed ranges were selected, but the spindle did not run at all there. After a bit of head-scratching, we opened the gearbox for the spindle. The gears all looked great, but the high-speed gears just would not activate. So we looked at the electronics again. Nothing made sense.

The machine was set aside for a couple of days, because we had more immediate things to tackle. One morning our service technicians came into my office laughing. Sometimes what's wrong is too obvious. They had me come out to the machine and pointed out that there was no drive belt running to the high-speed range pulley. Too obvious a problem indeed. We quickly ordered a new belt for the machine.

That is one of the great things about a LeBlond Regal engine lathe. Although they are no longer made, you can still get parts. Think about it: a 40-year-old lathe that is no longer manufactured still has enough following that there is a good business selling the parts for it. A properly maintained LeBLond lathe can turn quality, precise parts for many years.

I have never had any difficulty finding willing buyers for these lathes. They were manufactured in America, and in my opinion were made far better than the imported engine lathes available on the market today.

After replacing some parts, we had a great running LeBLond lathe ready to go. Photos and videos were taken of the machine and it was put on our website for sale. Within a few days we had a buyer. A regular customer, Ed Heigl, runs his own prototoype and short-run parts machine shop here in Minnesota. Ed calls his shop ADK Parts, named with the first initials of his children's names.  I think that is pretty neat, maybe it reminds him of what he is working for.

After the lathe was delivered, I called Ed to see how he was coming with the lathe. He let me know he was currently turning parts on it for a customer.

This LeBlond lathe was manufactured in 1981, when I was still in high school. In those years, my father was a machine tool salesman for The Satterlee Company in Minneapolis. He worked for Satterlee for more than 30 years. One of the many lines of equipment Satterlee sold in 1981 was LeBLond. I get a special kick out buying and reselling LeBLond lathes. There is a good chance that my Dad sold that machine new, and now I sell it again four decades later.

A used machinery guy sells a machine that his father originally sold new, to a guy who runs a shop named after his own kids. I wish my Dad was still around to hear this story.